The other day I was at a farm with my daughter and we were picking peaches, blackberries, green beans and sunflowers. This is a farm that sells family memberships and they deliver fresh vegetables to your home once a week. Each week you can also visit the farm and pick some items for yourself.

I recently purchased a new smartphone, not one of the expensive ones, that is against my budget religion! The camera has taken some good photos of people, but I had not used it for anything else. This was my opportunity to see how well it would perform in taking a closeup photo, not a macro, just arm’s length type photos. I decided to use one of the sunflowers I had picked and to shoot it with the sun lighting it from several positions. After returning home I did some fun edits with Photoshop to practice some techniques. These are not fine art photos, just some fun photos that I decided to share with you. All these photos were edited to push some Photoshop features farther than I would normally go as you can plainly see.

The first photo is one taken with the sun directly behind it. You can just see the sun at the top of the photo. 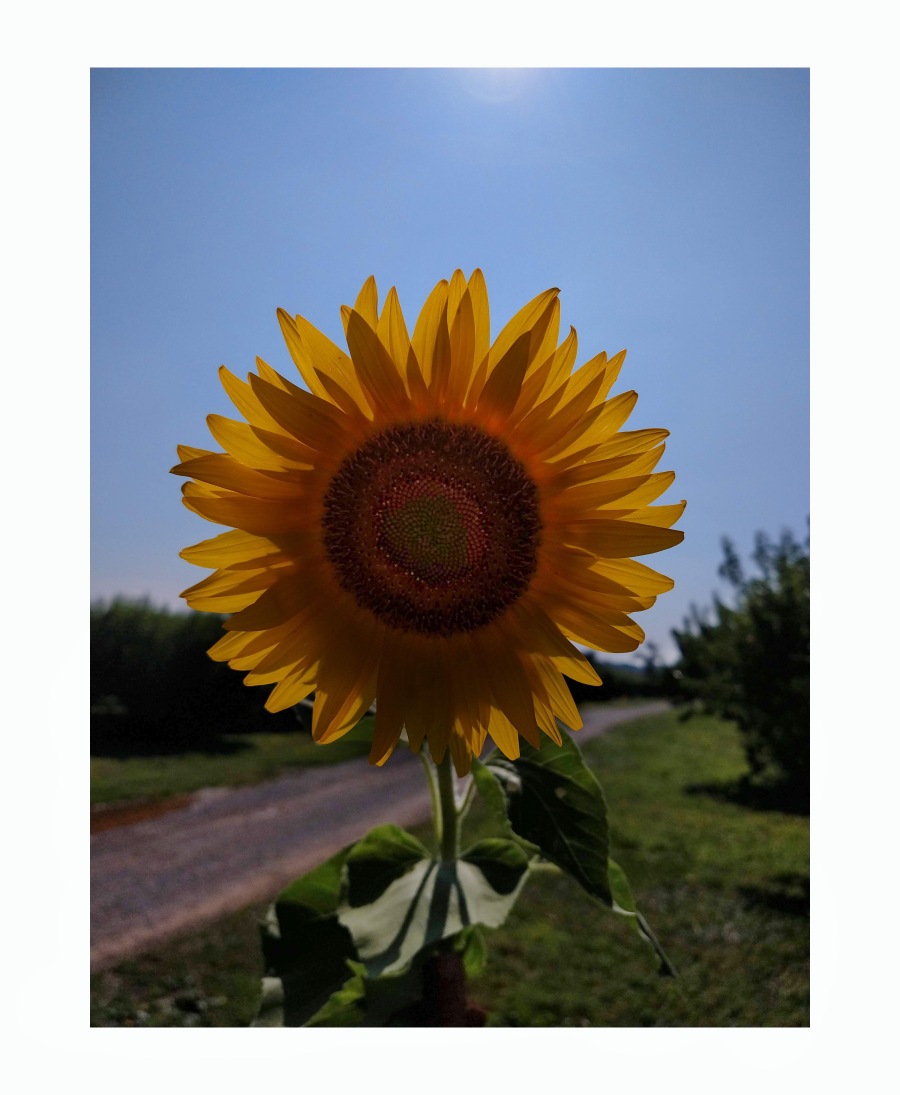 The next photo is almost the same shot with the sun clearly visible at the top of the frame. 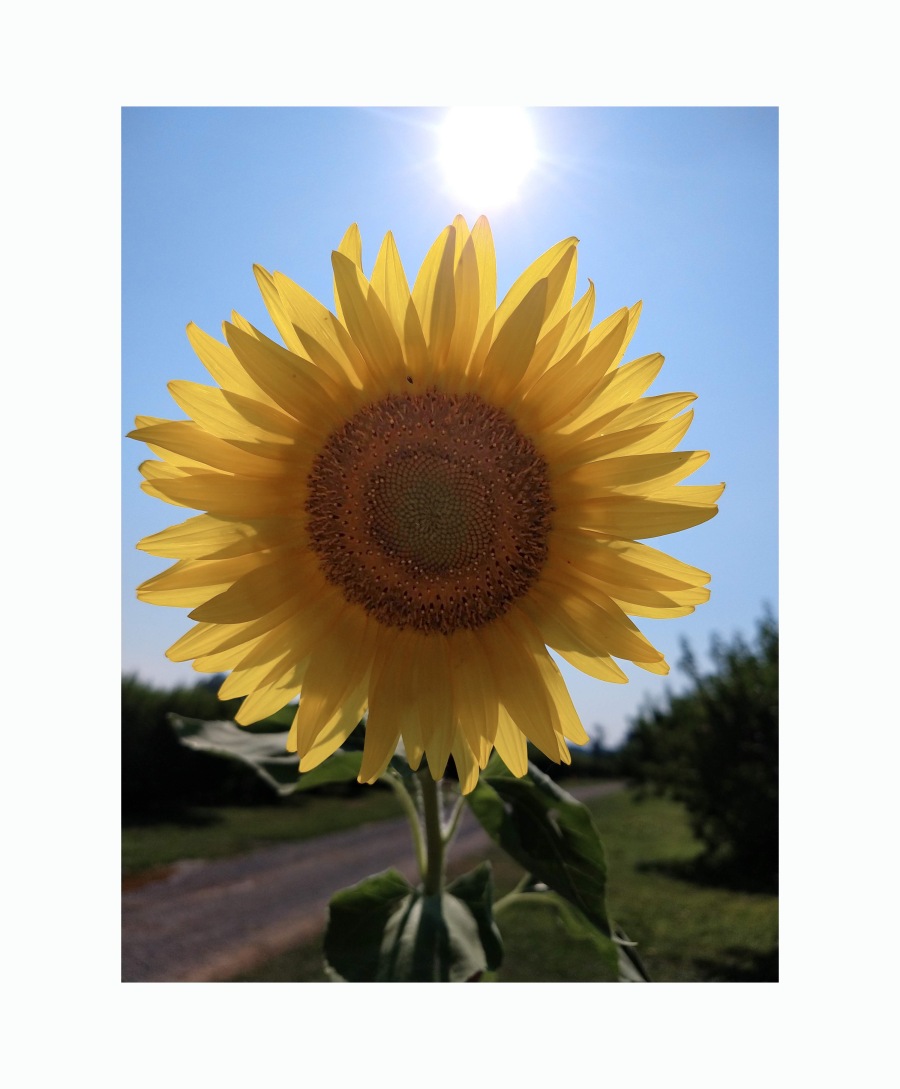 The following shot is front lit with the sun slightly to the photos right side.

This photo was taken with the sun facing the flower but it was held closer to the camera.

Now it was time to take a photo with the sun directly facing the flower or at least a close approximation of that position.

The last shot is just a selection of the sunflower that was directly facing the sun.

This was a fun exercise and I got to practice with Photoshop. This is probably the only way I will ever learn how to use this powerful tool. By the way, the smartphone does seem to have a pretty good camera considering it is not a high-end device.