I recently visited Blackwater Falls State Park in West Virginia with my family for a short vacation. The state of West Virginia is very mountainous. The Appalachian Mountains are an ancient range and due to erosion are not very high. The highest peak is only 4,863 feet (1462m) and since I lived in Colorado with many mountain peaks over 14,000 feet these seemed like high hills and not mountains! West Virginia is a beautiful state and its motto is “Wild and Wonderful” and I can see why.

This post is a slight departure from previous posts because the subject is nature and not street art. Blackwater Falls is a magnificent waterfall on the Blackwater River. I took my first few pictures around 7:00am and it was a cloudy, overcast morning. You can see the mist in the first picture very clearly. I came back later in the afternoon around 6:00pm and it had cleared up to being only partially cloudy. You can see several pictures that are in somewhat brighter light. Interestingly, there was a professional photographer there in the morning also taking pictures. He was kind enough to let me look thru his pictures on his camera’s LCD screen. They were great looking pictures and I almost felt embarrassed when I looked at mine! I had to remember that I am a beginning photographer and there should be a big difference in quality between our photographs. By the way, the river is named Blackwater because of the brown sediment that drains into the river. This material is tannic acid from the runoff of hemlock and red spruce needles. You can clearly see the streams of brown in the water in the pictures of the Falls.

The challenge here was to take pictures in poor lighting. I also decided to try to take a picture where I blurred the water to give it a milky effect. You can see the result in the last two pictures for comparison. I also used Adobe Lightroom 5 for my post processing. I even managed to erase some people and the observation platform they were standing on in several pictures. Try to find the changes. Check the left margin at about the center point on a couple of pictures and you can just make out the edits. I am starting to get more experienced with Lightroom, although there is a ways to go before I can make a more professional looking photograph.

Another area of needed improvement is focus. I noticed when I downloaded these pictures that the images were not in sharp focus all the way through the scene. This is a skill that needs to be developed and I will try to learn more about using hyperfocal distance in the future. I usually was using the big rock in the waterfall for my focus point and that did not work out well as you can see.

During a hike I came across a field of yellow flowers and I saw a bee (or some kind of insect) on one flower. I quickly focused the camera and squeezed off a couple of photos. The one in this post was the best. I managed to focus at about 2 feet from the flower. I used my new tripod from MeFoto on this trip and it is a great addition to my equipment. I hope you enjoy the pictures! 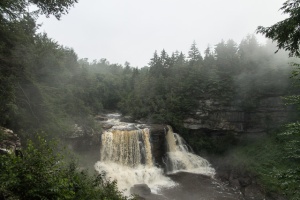 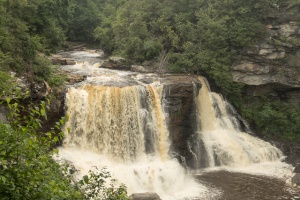 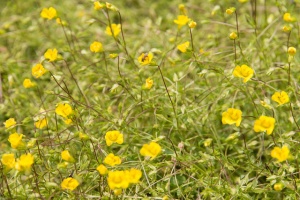 Bee on a Flower 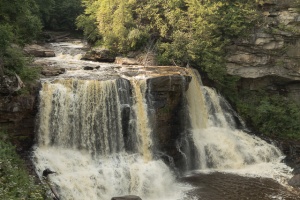 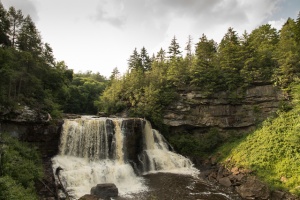 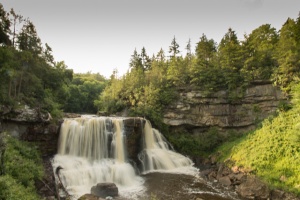